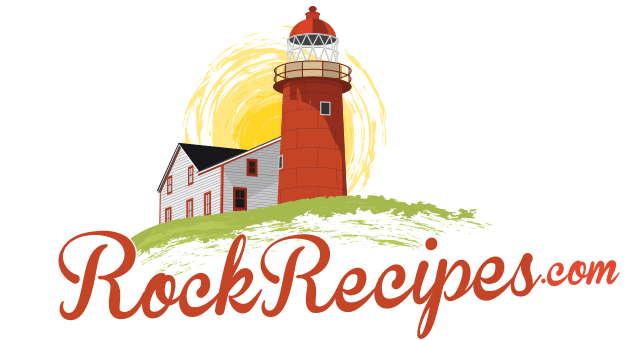 UPDATED November 2020.
Rock Recipes started out back on September 25, 2007, mostly as a reference for family & friends who were always asking me for recipes. It might have been a dish they had sampled at a weekend dinner at my house, a dessert I brought to a dinner party or some cookies I had brought to work for coffee break.
Whatever the reason, and since I have been cooking and baking since my pre-teens, I was the go-to guy for recipes among my social group. I was constantly getting requests for recipes, and with the advent of email and instant online communication, those requests only increased because of the ease of emailing or messaging a recipe.

After a while I had amassed a large number of my recipes as Word files which I kept as sort of a database whenever someone requested one. I sometimes shared them on local online newsgroups too, back when that was still a thing.Around that time blogs had been around for a few years but it seemed they were starting to explode in popularity. With a little prompting from a few people, I decided to start my own blog, so that family and friends could easily access recipes without having to wait for me to reply to an email or online message.

Strangely, much of the impetus for me starting a blog at all, came from a surgery I was scheduled to have on a badly busted ankle I’d broken 3 years earlier. The fix for my ankle would leave me in a wheelchair for almost 4 months and then several months of rehab after that, until I was fully walking again.

I would be unable to work at my normal job during this time and badly needed something to fill my time, especially during those first few months. I decided I’d take those Word files on my hard drive and turn them into recipe posts online. In the long run I figured it would save me time from answering email and message requests.

With a massive amount of help from Spouse, (whose patience with me wheeling around the kitchen and asking for things I couldn’t reach, cannot possibly be measured….not to mention all the dirty dishes she washed) I began to cook and bake those recipes I had on hand and photograph the results for blog posts. In those first few months, the first 150 or so recipes on the website were posted, often a new one each day.

On that first day, I sent out an email to my friends list and had 86 page views on the website. Today, we routinely get 50,000 to 70,000 page views a day and at peak times of the year like the Christmas season, that can go over double that amount.

This past December of 2019 set a new record of 2.5 million page views for the month on RockRecipes.com. I never dreamed that would happen. Actually, I had no expectation or plan whatsoever for the website.

With a combined number of followers on social media now exceeding half a million, Rock Recipes sure has come a long way. In 2013, I let my full time job at Memorial University to pursue writing my blog full time and to work on my first cookbook Rock Recipes, The Best Food from my Newfoundland Kitchen. That book became the fastest selling title in the 40 year history of Newfoundland publisher, Breakwater Books, selling 10,000 copies in its first few months of release and continuing to have strong sales today.

That book was followed with similar success by a Volume 2 of the first Rock Recipes Cookbook and then a Christmas Cookbook  for the Holiday season, which has been at the top of the Christmas Cookbooks Bestsellers List on Amazon Canada since its release. Since then, I have also published a Cookies cookbook, which was another big success.

It’s a humbling experience to see how well received my books have been by the many people who have purchased them.

Over the past 13 years I’ve done things that I never even considered possibilities when I started this blog. I’ve helped create web series and evening TV news cooking segments for CBC Newfoundland & Labrador, appeared on live television in Halifax, given presentations at book shows & live cooking demos on stage at the Convention Centre in Toronto.

I’ve been interviewed on national radio, signed thousands of my cookbooks at signings and even mentored one of ten student culinary teams to win the Gold prize at the Taste Canada Awards a few years ago. I now get to work with major national brands on promotional campaigns and recipe development and I’ve been featured many times in press and magazine articles as well as having my work featured on many nationally well known websites like Feedbuzz and Huffington Post Canada.

I never set out to make this blog my full time job, nor did I envision how many people would come to follow it. At a certain point though, I did begin to recognize the possible opportunities the blogs success could provide. Since then, I’ve worked very hard in the past few years to improve the site and it’s content, to make it a go-to reference site for fans of Rock Recipes.

With over 1800 recipes posted to date, I think I have accomplished that goal but I’m not done yet! There’s still plenty of new food to come out of my Newfoundland kitchen.