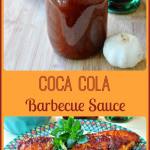 This sweet spicy Coca Cola Barbecue Sauce has a unique background flavour from reducing the cola during the sauce’s slow simmer; especially delicious on ribs. 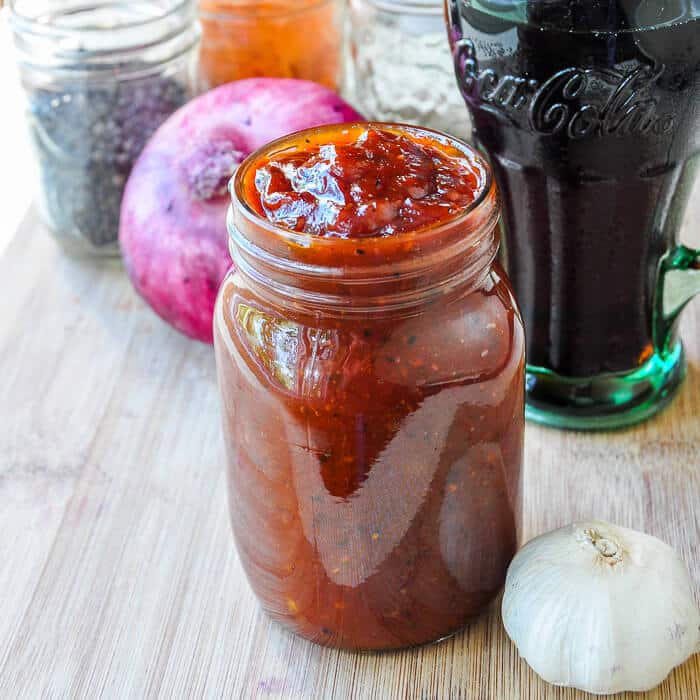 This Coca Cola barbecue sauce has a distinctive flavour that comes from concentrating the cola flavour in the simmering process. I first had something similar a few years back in a couple of versions. One was a glaze that I thought was just too intensely flavoured.

I tried a Coca Cola BBQ sauce at a diner during a southern road trip and liked that much, much better. The server said it was a ketchup based sauce so that’s where I started for this recipe.

Their version had quite a bit of kick as I recall and if I don’t miss my guess, I believe it was Tabasco Sauce that provided the heat. In my version, I’m using sriracha because it  is my hot sauce of choice at the moment and because it has a bit of subtle smokiness that I think works well without overwhelming heat.

You can of course moderate the heat to your own taste by using less of the Sriracha. I like to make mildly spicy batches of BBQ sauce and then add extra hot sauce to it as I need it; for example for spicy BBQ wings. I just pour some in a ramekin, add as much hot sauce as I like and brush it on. This is a great way to offer both mild and hot versions of anything that you barbecue.

I enjoyed this sauce on a grilled prime rib steak the other night but it is equally good on pork and chicken. My next experiment is to use it as a sauce to drizzle on my mesquite smoked pulled pork sandwiches where I think it will also be excellent. 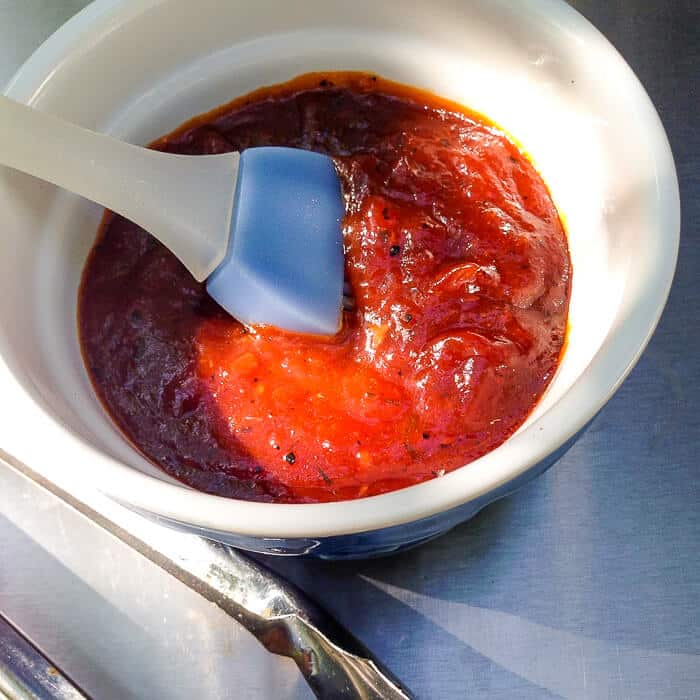 The sauce can be kept in the fridge for 2 weeks or so or make it last all summer by properly bottling it according to the prescribed method recommended by mason jar manufacturer Bernardin. 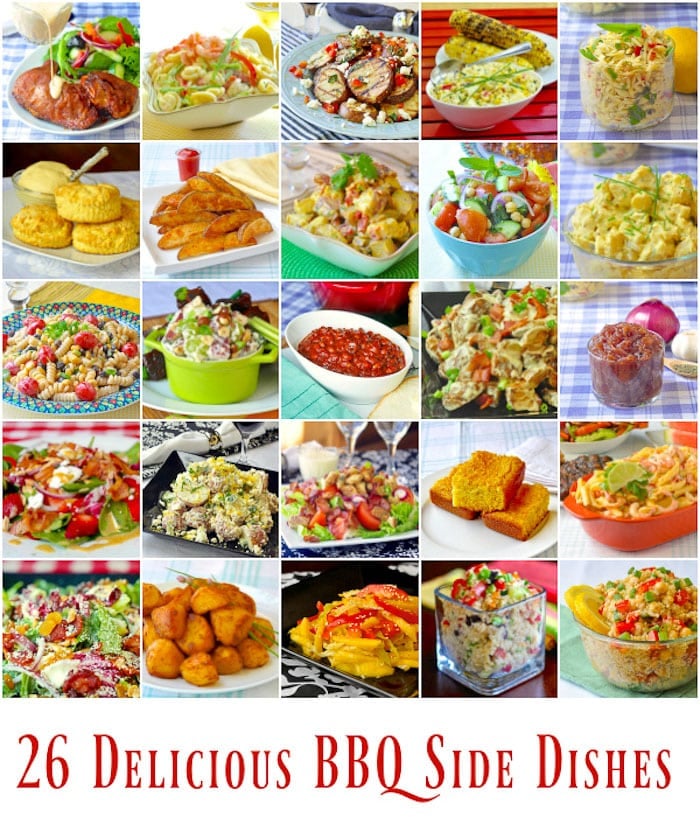 We have more side dish inspiration including everything from baked beans & corn bread to deliciously different potato and pasta salads. Be sure to check them all out in our collection of 26 Best BBQ Side Dishes too. 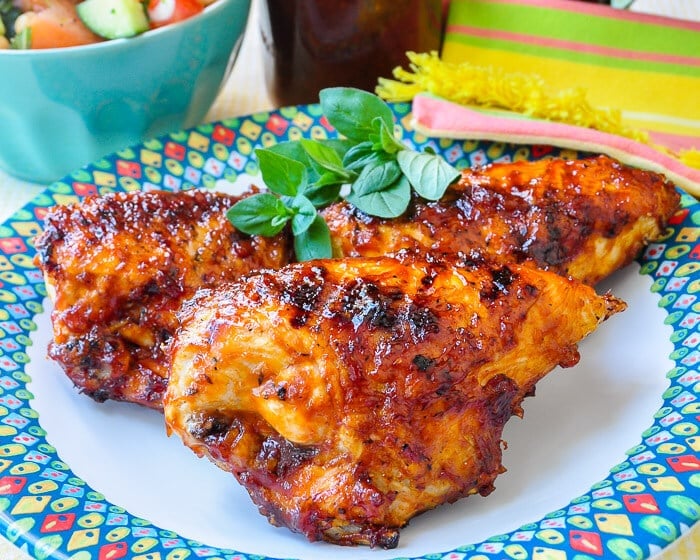 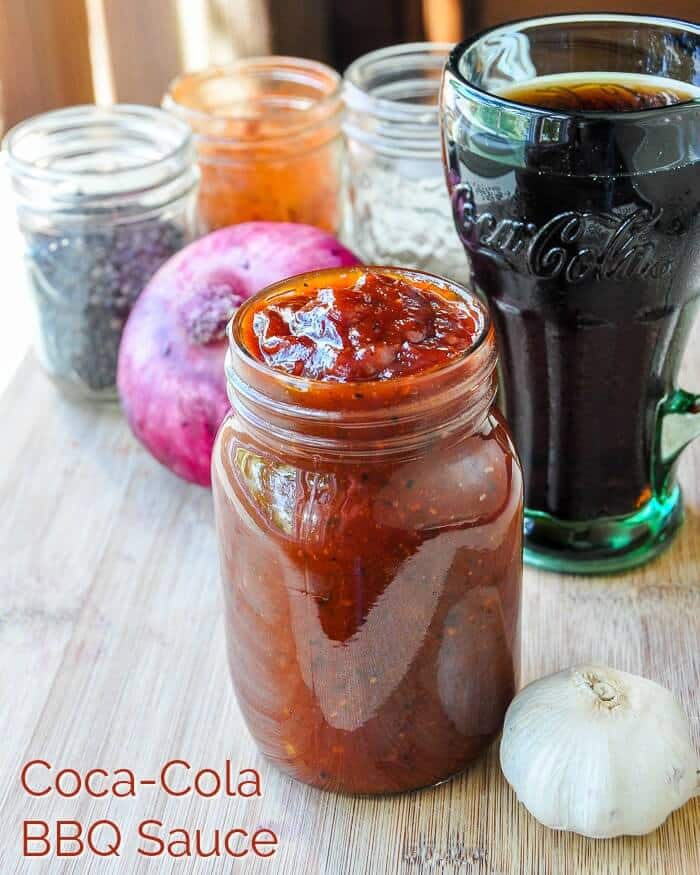 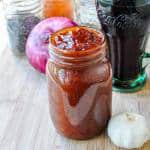 Rock Recipes a participant in the Amazon Services LLC Associates Program, an affiliate advertising program designed to provide a means for us to earn fees by linking to Amazon.com and affiliated sites. Our product recommendations are almost exclusively for those we currently use or have used in the past.
Previous Post: « Smoked Paprika & Cheddar Burgers
Next Post: Strawberry Buttercream Chocolate Roll »