Copycat KFC? Is the leaked recipe the real deal?

Copycat KFC? Is the “leaked” recipe the real deal? We put the recipe from the now famous Chicago Tribune article to the test and here’s what we found! 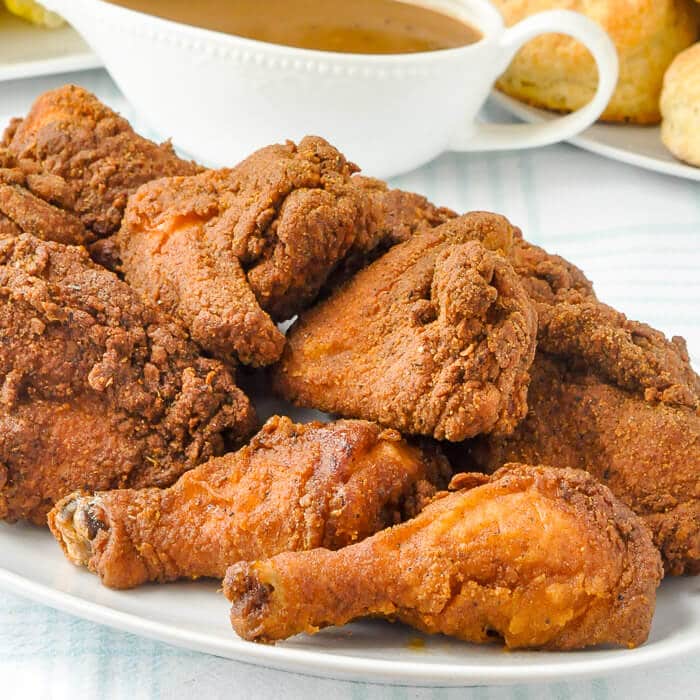 Is this copycat KFC or is it actually much closer to the real thing? A few weeks ago, the Chicago Tribune published an article. They interviewed a nephew of Colonel Harland Sanders, the founder of  the Kentucky Fried Chicken franchise.

During the interview, the nephew, Joe Lexington, produced a family photo album that belonged to his aunt, Claudia. She just happened to be the second wife of the Colonel himself.

They leaf through he family album and at the end is a copy of her will. Attached to that is a hand written recipe with 11 herbs and spices to be added to 2 cups of flour. 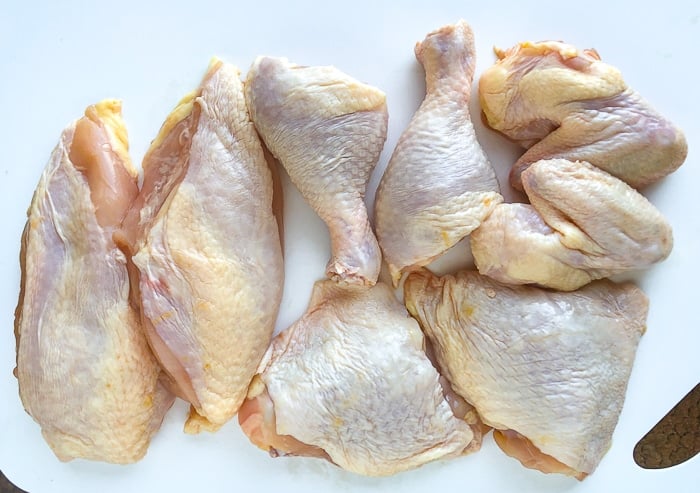 One whole chicken cut into 8 pieces

Food websites and bloggers went crazy at the news! Numerous articles from practically every major news outlet and food site asking the question,  “Is this the actual secret KFC recipe?”

For me the proof is always in the pudding, or in this case the fried chicken, so I set out to try the recipe for myself. 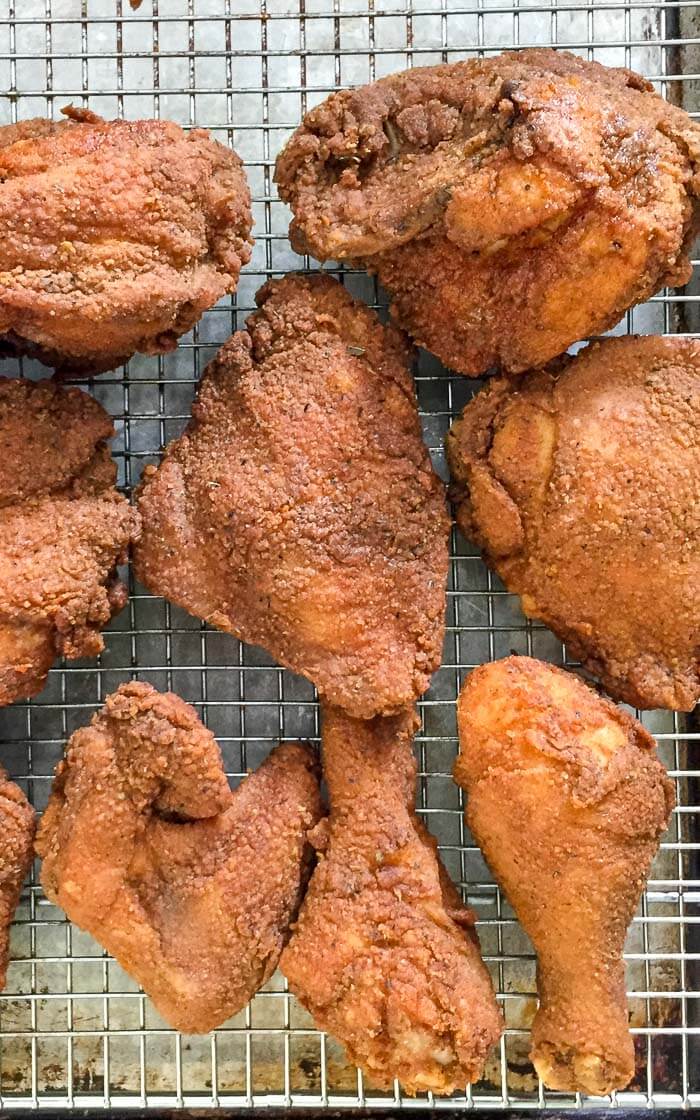 The first small batch I tried was a bit lacklustre because, like many, I mistook the abbreviation “Ts” as handwritten in the recipe to be teaspoons. The lack of depth of flavour revealed that the recipe definitely must have meant tablespoons.

One thing I noted from that discovery is that the total volume of herbs and spices is only a tablespoon shy of a whole 8 ounce cup. That’s an incredibly high ratio (2:1) of seasonings to flour in a fried chicken recipe.

Since the ingredients are pretty commonplace, I began to suspect that the high volume of herbs and spices was actually the real “secret” to the recipe. 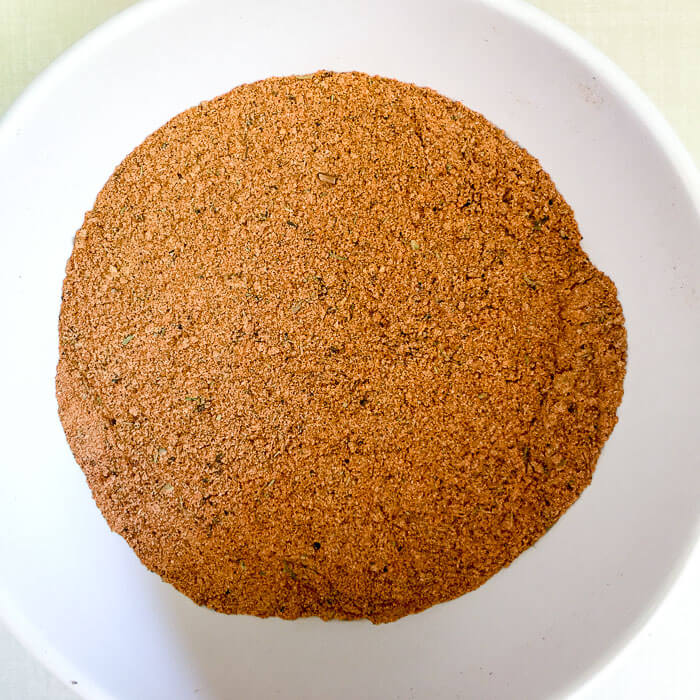 A couple of days later with a fresh chicken at the ready, I whipped up another batch of the coating and heated up my deep fryer. The result this time was much more like the franchise produced version. The depth of flavour was definitely there but lacking punch.

KFC readily admits that it does add MSG into the mix so for my 3rd attempt, I decided to try a small amount added to the regular recipe.

I decided on 1 tablespoon (15 grams) to add to the mix which is less than a gram per piece of chicken. I found the flour and spice mixture sufficient to coat 2 whole chickens cut into 9 pieces each. 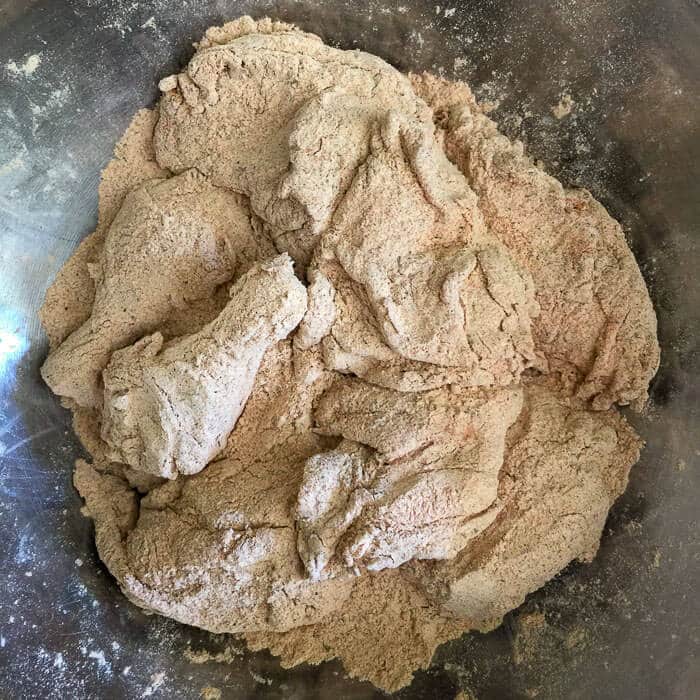 I’ve since had 8 people taste test this final version. They all agreed that it did indeed come very close to tasting like the chicken from a KFC franchise.

Spouse says it tastes more like KFC in the states than in Canada. It’s a distinction she has claimed for years, that the Canadian version is saltier.

I have no idea if they tweak the recipe for geographical taste. I actually doubt it, but Spouse remains steadfast in her belief.

Either way, I don’t think that KFC has anything to worry about. Fast food fried chicken is ultimately convenience food.

Nobody looking for a quick meal is going to forgo the KFC drive-thru to spend an hour or so at home making the alternative homemade version.

Still, if your curiosity persists, either the handwritten recipe from the Chicago Tribune article, or my tweak of adding a little MSG to it, will produce a very, very, tasty fried chicken. 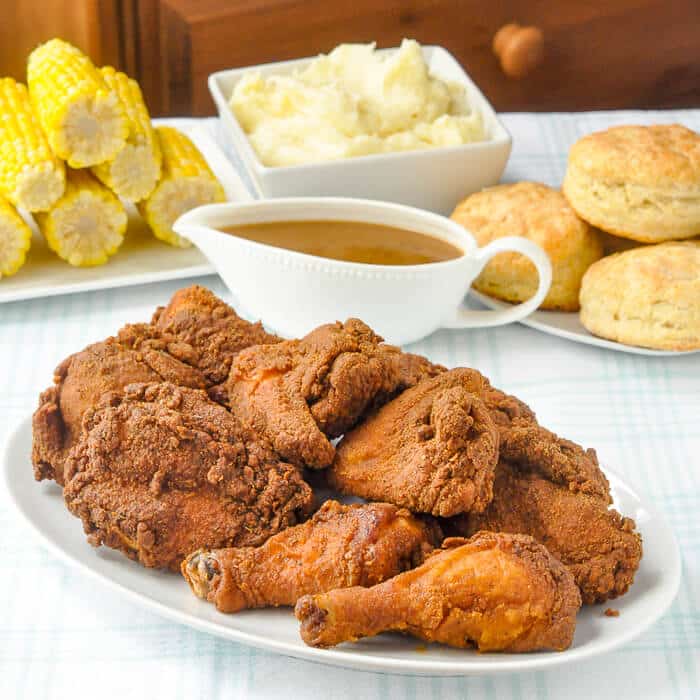 March 28, 2019 UPDATE: We have continued to use this recipe many times since it was first posted to Rock Recipes. It is most often used for fried wings nowadays and the more I taste them the more I feel like this was the original recipe from back in the day.

Try them out the next time you have friends over and compare notes on their opinions.

NOTE: For an oven baked version of this recipe, just use the Instructions From This Recipe. 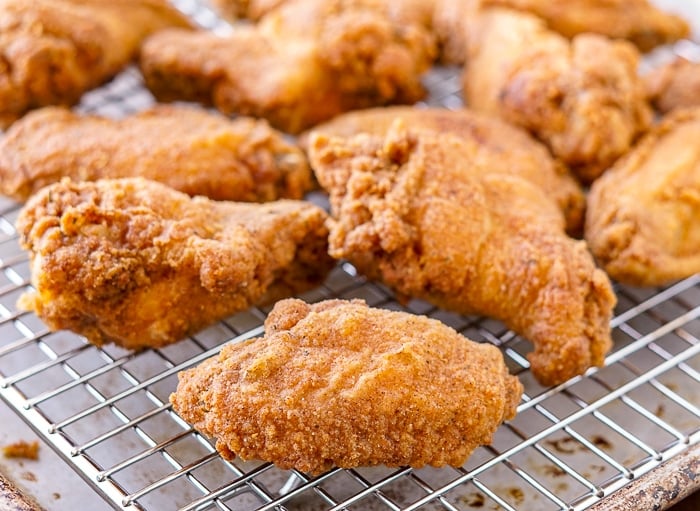 May 2020 Update: We have turned the herbs and spices for this recipe into a KFC seasoning that you can use on roast chicken too. FIND THE KFC SEASONING MIX RECIPE HERE. 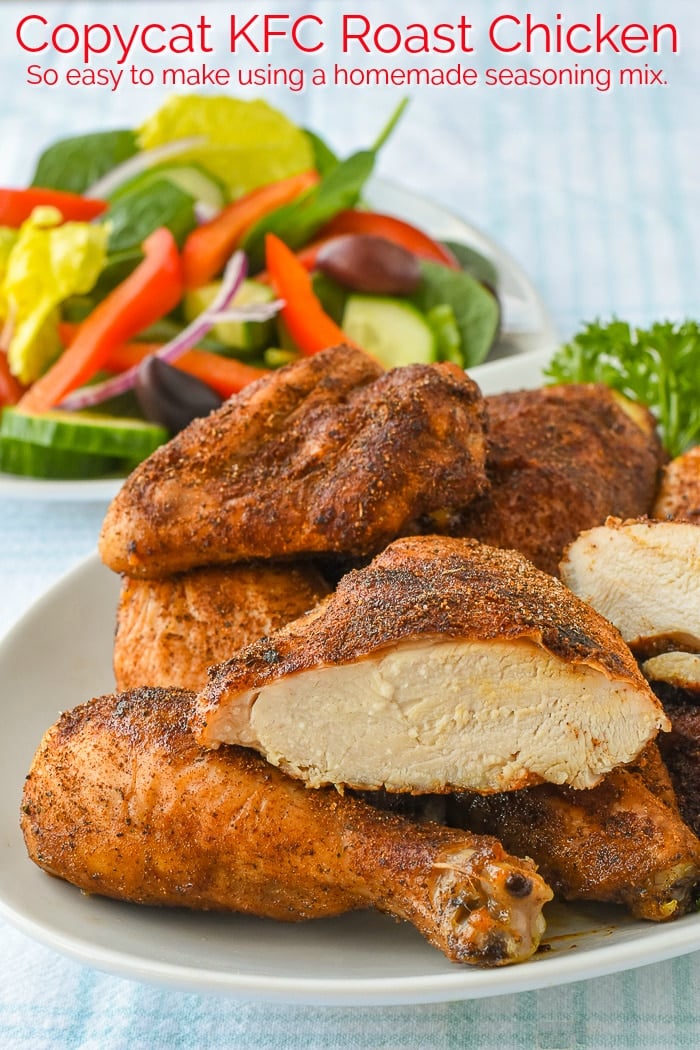 Be sure to check out this newly updated collection of Our Top Ten Chicken Dinners from more than a decade online. These have been made literally millions of times and get the best reviews from our followers. 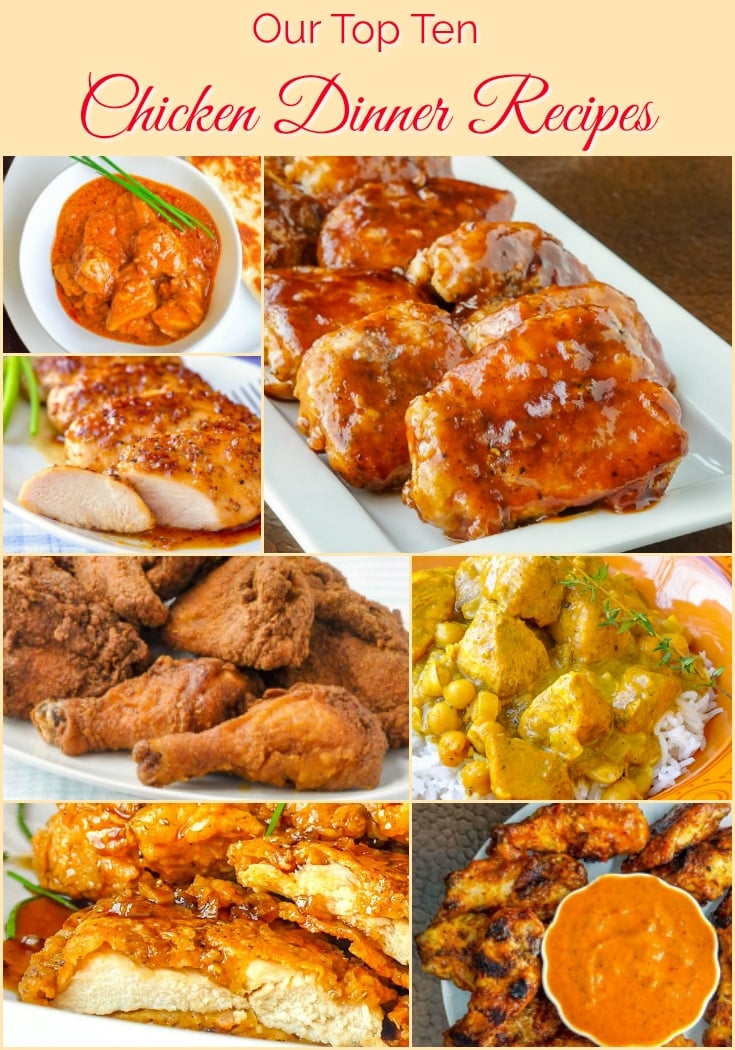 We have over a hundred other delicious chicken recipes in our Chicken Recipes Category. 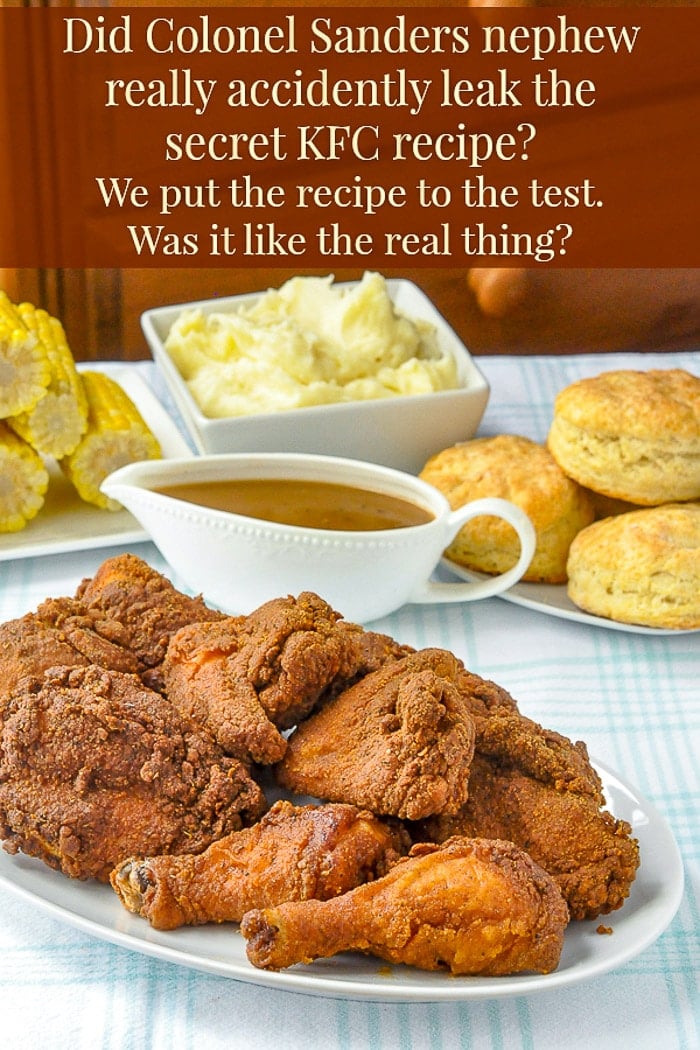 Rock Recipes a participant in the Amazon Services LLC Associates Program, an affiliate advertising program designed to provide a means for us to earn fees by linking to Amazon.com and affiliated sites. Our product recommendations are almost exclusively for those we currently use or have used in the past.
Visit my Amazon Store for my favourite kitchen gadgets and appliances, plus recommendations from my personal cookbook collection.
Prep Time: 20 minutes
Cook Time: 18 minutes
Total Time: 38 minutes

Copycat KFC? Is the "leaked" recipe the real deal? We put the recipe from the now famous Chicago Tribune article to the test and here's what we found!

The flour and spice mixture I found to be sufficient for 2 whole chickens. If using only one, then spit the mixture in half and store one half in an airtight container until the next time you use it.

The original recipe in the article used fractions of tablespoons as measurement for some ingredients. I have converted those measurements to teaspoons in those cases, for ease of understanding and measuring.

NOTE If using MSG in the flour dredge you can cut the salt in the dredge by half if you like. 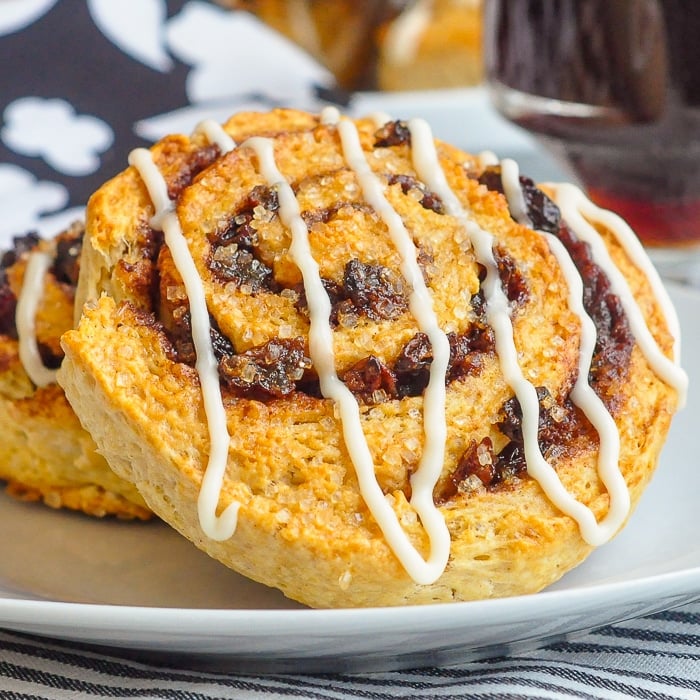 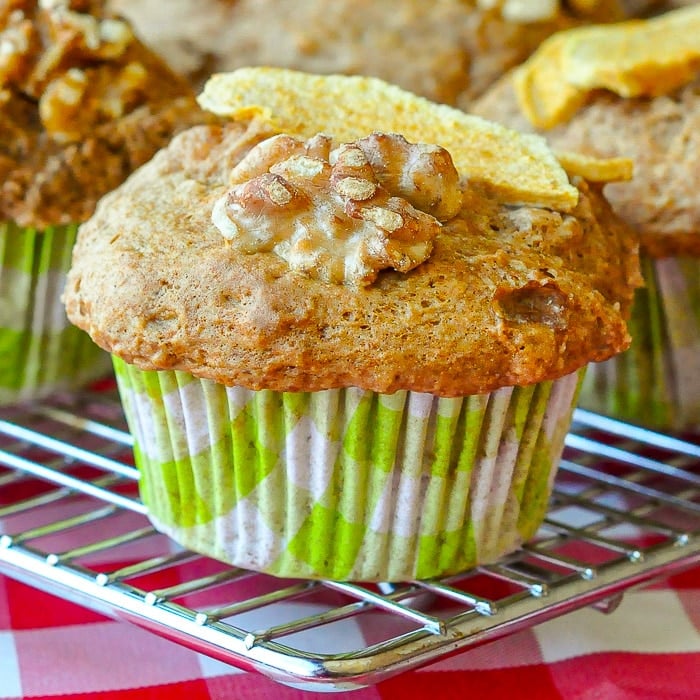 This is unreal I made it but used cooking salt instead. When I put it in the oven I put foil over the chicken for 30 mins then took it off. Both my kids and my partner loved it, Ive tried it with all my friends and family some are complete KFC lovers and they could tell any difference between KFC and this recipe. In fact 7 friends said I had bought it from kfc they did not believe me till I Showed them how I cooked it.

Thank you so much wont be buying a KFC again thats for sure.

I forgot the foil made it very juicy with a great kfc crust.

I followed the recipe for the coating exactly however, there are things that you should know. Regarding coating the chicken, according to blogs I've read from former employees, an egg and milk wash was originally used until eventually powdered milk and powdered eggs were added to the spice mixture. So, I used a milk and egg wash and then coated the chicken. NEXT HINT: brine the chicken. I did so overnight, but in addition to the usual salt, I also added a cup of Lime Juice; another insider hint given by another former KFC employee.This gives a hint of tartness. In addition to that, use a frying chicken which is smaller than a roaster. If you get cut up chicken parts such as legs or thighs in a family pack, find the ones with the smaller sizes and sort the pieces by size before cooking. The crust gets too brown when you have to leave the pieces in too long for them to thoroughly cook. I'm going to try this recipe in the oven, but will use a mayonnaise coating before dredging and baking. I'll let you know how that turns out.

First I used two eggs with a1/4 cup of milk mixed together. I coated the chicken with egg/milk and then the mixture. Dipped it in oil. I then put the chicken in the oven for 30 minutes at 350, then flipped the chicken over and baked it another 30 minutes. And then another 15 minutes. It turned out really good. I did not use the msg. I did use cayenne pepper and more black pepper though.

Just something to add that I recently found out. Harland Sanders actually used a home made pressure fryer to cook his famous fried chicken. This cooked the chicken in 8 minutes and therefore made the cooking process tons shorter. Also, he never actually owned the KFC stand alones we see today. He was made the official face of the franchise however 😁