Lime Cumin Chicken – this versatile quick and easy grilled chicken can be used in chicken burgers, in tacos, on nachos, served with rice and veggies or turned into outstanding panini wrap sandwiches. 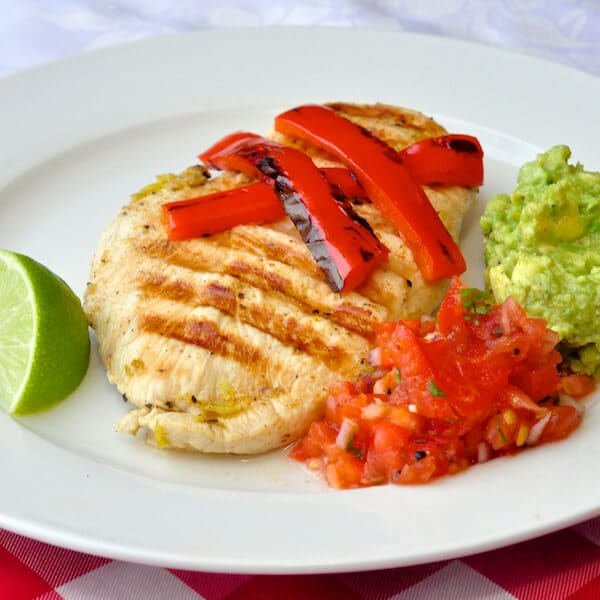 If you have a two sided grill hanging out in a cupboard that’s rarely seen, it’s time to break it out and start using it. I find they can be real time savers on very busy days when there is little time to cook. I mean, where else can you cook a butterflied chicken breast in 4 minutes and have it taste great? I use mine for burgers, steaks, and occasionally pork loin chops too.

This particular recipe for lime cumin marinated chicken, I have served as is with a salad or rice and veggies on the side. Sometimes I serve them as a grilled chicken burger, in chicken tacos and, as shown in the photo, as a kid-favorite panini wrap with some homemade salsa and lime guocamole. The chicken is only 10 minutes in the marinade and then usually less than 5 minutes in a two-sided grill, so it really is a very quick, easy and versatile recipe idea.
If you don’t have an electric two sided grill, you can still cook the chicken in a cast iron grill pan or for a few minutes each side, under the broiler. 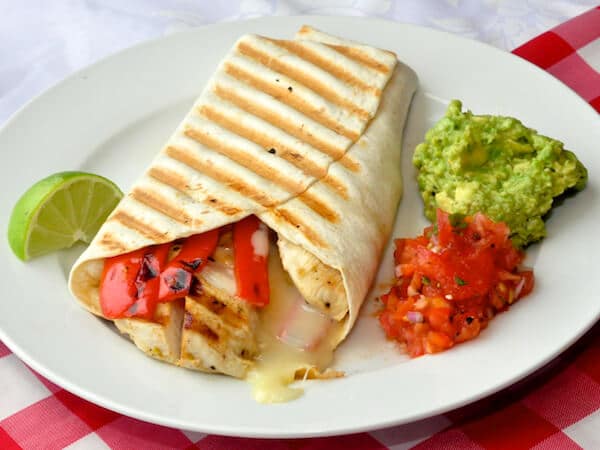 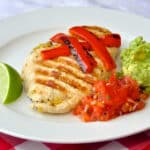 This sounds and looks awesome; saving the recipe for certain!