Cinnamon Roll Couronne. It’s much easier than you may think to achieve this beautiful presentation of cinnamon rolls in a showstopper centrepiece “crown” for your brunch table. 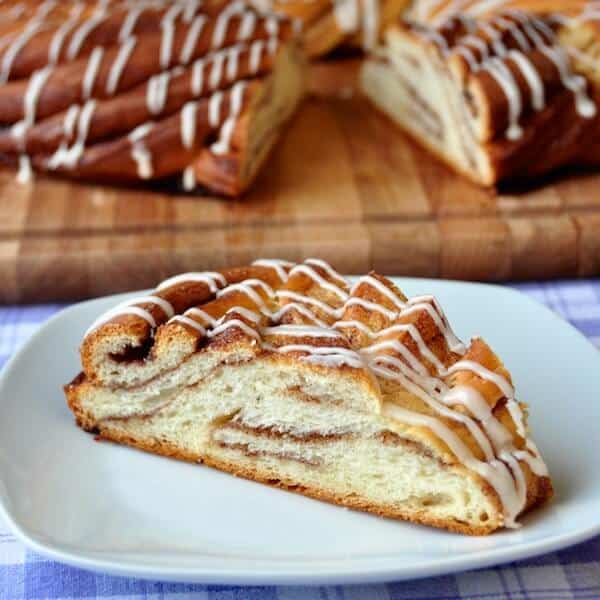 Couronne is the French word for crown and these types of ring breads are common in French bakeries. When I saw one being prepared on a British baking show recently in a twisted version, I thought to myself that that would be a very nice thing to do in a cinnamon roll version. With Easter brunch coming up, I decided to experiment with it to see if it would make a pretty addition to the table.

I love this particular version of cinnamon rolls, so I had no worries about using this recipe and the look of the finished couronne was absolutely beautiful. A little drizzle of vanilla glaze over the circular loaf and it made an absolutely perfect centrepiece for my brunch table. I was really pleased that it turned out so well and happy that I had taken enough photos of the process to be able to share it with my readers.

It really isn’t all that difficult, especially if you are familiar with making your own cinnamon rolls. It is essentially just a couple of added steps to that process to create this gorgeous presentation. When your guests see this showstopper arrive at the table they are sure to be be impressed and very grateful for the invitation. 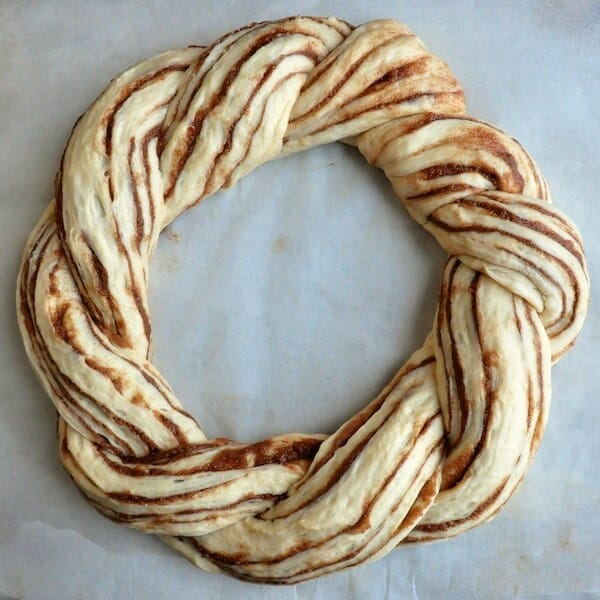 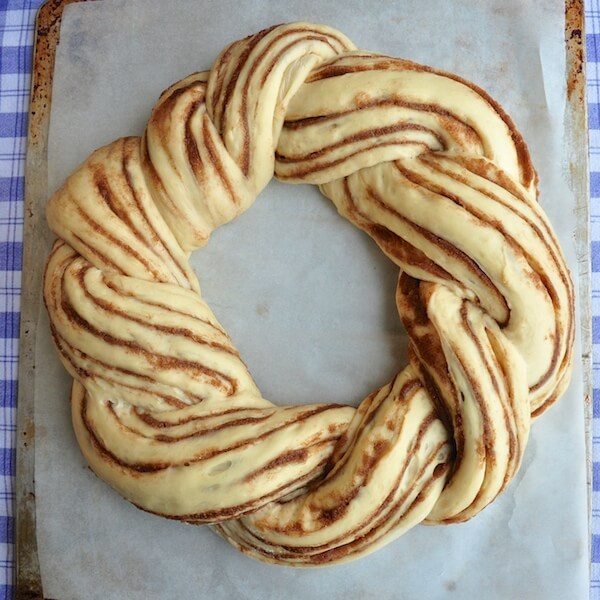 You’ll find dozens of other great recipes like this in our Breakfast & Brunch Category and even more ideas in our Muffins, Tea Buns & Scones Category. 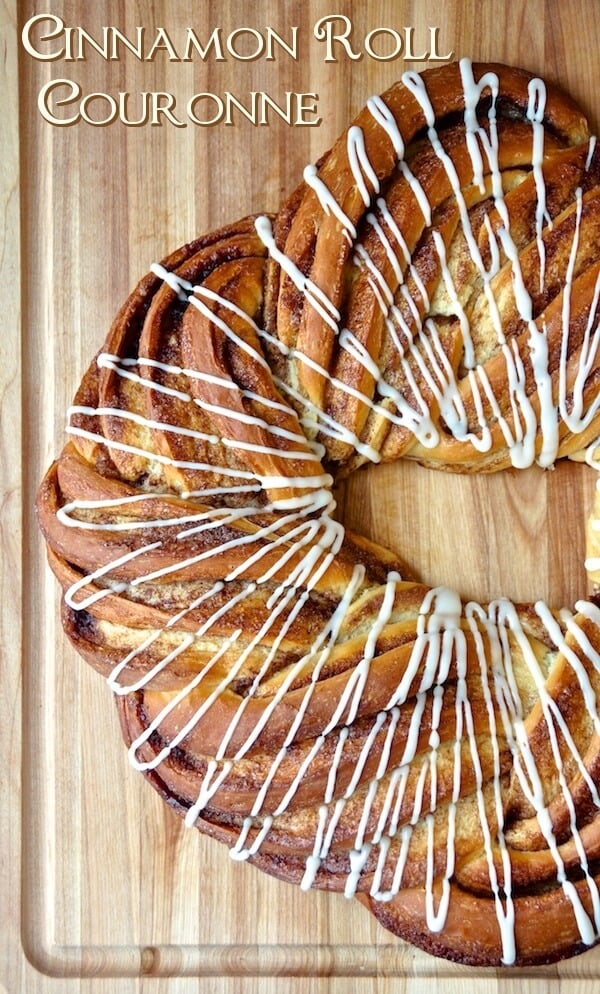 To keep up with the latest home style cooking & baking ideas from Rock Recipes plus daily recipe suggestions from decadent desserts to quick delicious weekday meals, be sure to follow Rock Recipes Facebook Page and follow us on Instagram. 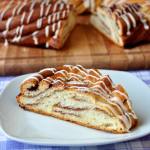 Print
Cinnamon Roll Couronne
Prep Time
30 mins
Cook Time
45 mins
Total Time
1 hr 15 mins
Cinnamon Roll Couronne - a beautiful way to present cinnamon rolls in a centrepiece crown for your brunch table.
Course: Breakfast/Brunch
Author: Barry C. Parsons
Ingredients
For the Cinnamon Roll Dough
For the cinnamon filling
For the Vanilla Glaze
Instructions
To prepare the Vanilla Glaze
[asa2]1550816551[/asa2][asa2 country_code=”CA”]1550816128[/asa2][asa2]1550815555[/asa2]
Rock Recipes a participant in the Amazon Services LLC Associates Program, an affiliate advertising program designed to provide a means for us to earn fees by linking to Amazon.com and affiliated sites. Our product recommendations are almost exclusively for those we currently use or have used in the past.
384 shares
Click here to cancel reply.

I added about a cup of flour to make a workable dough, but the whole thing melted in the oven when it was baking.

I only have instant yeast packets available in 21g. Are your packets really only 5g of yeast? If so, I will definitely weigh out the yeast. Thanks - Andrea

Hi Barry , I am previously from nl love receiving your recipes and trying some especially the desserts,just wondering if you have recipes for gluten free.

We don't have dietary restrictions in our family, so it's not something I really do.

Made this today. It was delicious. The dough was very wet and I added a little flour. I used strong flour and cut down on the filling but it will be something I shall make again. Thank you for sharing.

Made this for an easter brunch today and I must say it is truly delicious. My wife and neighbors loved it. I did find the dough a little soft and had the leakage as well with the cinnamon mix...maybe i should have used less. Made a cream cheese icing instead and was amazing.