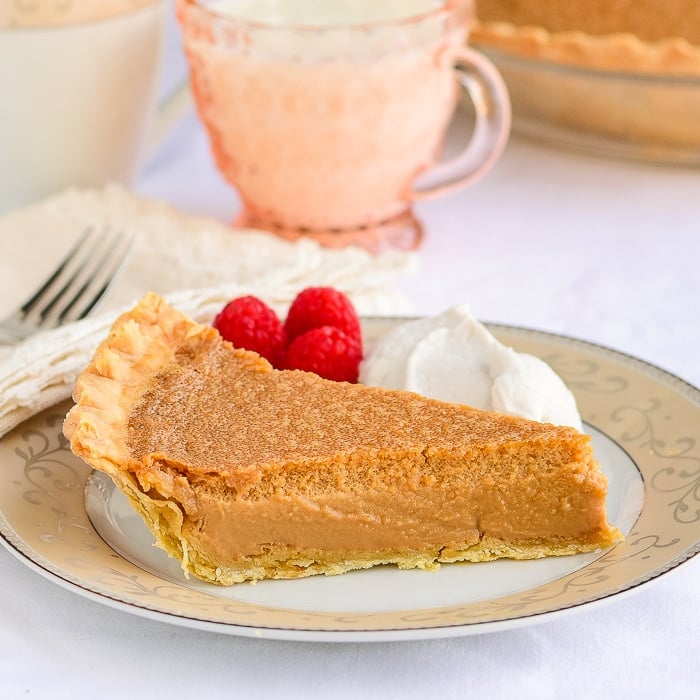 As usual, I’m closely following the Great British Bake-Off and loving the traditional UK desserts I learn more about each episode. Regular readers of Rock Recipes will know that British desserts have become a bit of an obsession for me.

We have had many successes with traditional British “puddings” or “puds” over the years, and they have become very popular with our followers as well. A few of our previous UK dressert hits, have included, Banoffee Pie, English Custard Tart, Prince William’s Chocolate Biscuit Cake and of course, our incredibly popular Sticky Toffee Pudding.

I suspect there will many more to come, as I am continuously getting inspired by British puds, the more I learn about them. Bakewell Tarts, for example have also been on my radar for a while. I’ll get to that one soon I’m sure. 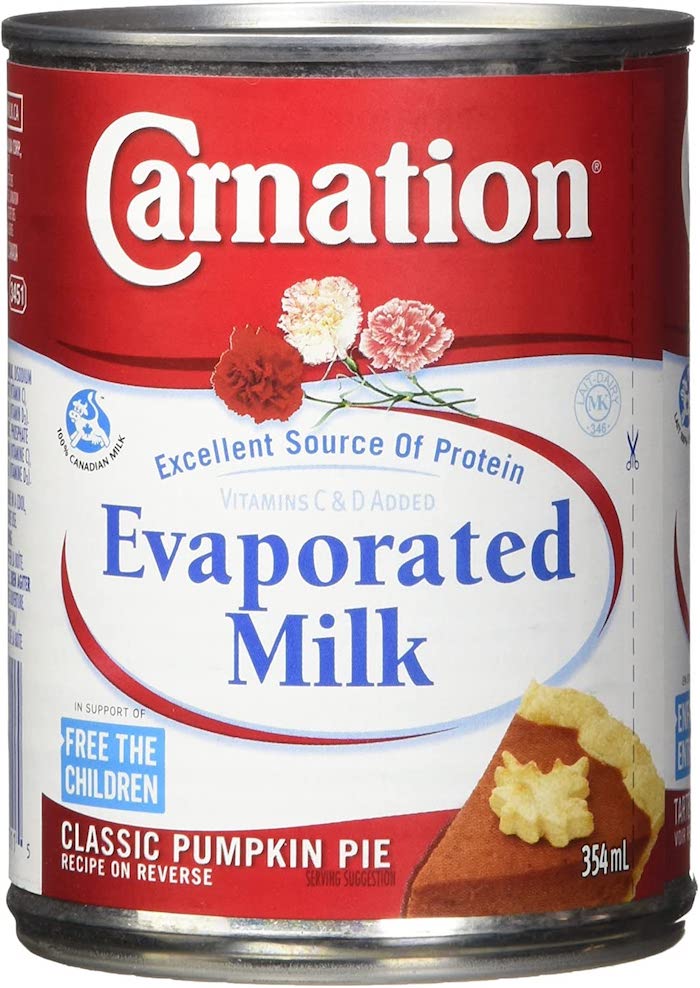 Evaporated milk is not common everywhere but you can find it on Amazon. (click photo) (Affiliate Link)

Noel Fielding, one of the hosts of The Great British Bake-Off, was quite nostalgic about Gypsy Tart, when one of the contestants baked it for one of the challenges. He remembered the tart fondly as his favourite dessert served at school lunches in the UK.

Over the years of watching British cookery shows, I have heard of many dishes from UK school lunches. That includes many that definitely did not evoke the same nostalgic response.

From stoggy, fatty stews to spam fritters, and more recently, as Jamie Oliver aptly criticized, the notorious Turkey Twizzlers, some of those lunches sound like the thing of nightmares for me. However, I have also very often heard, from both chefs and home cooks alike, a certain fondness for the desserts which always ended those school lunch meals.

Traditional desserts like Jam Roly Poly, Chocolate Sponge with custard, and yes, Gypsy Tart, all seemed to be the reward for surviving the main course! The best memories of school dinners, seem universally centered on these traditional desserts. 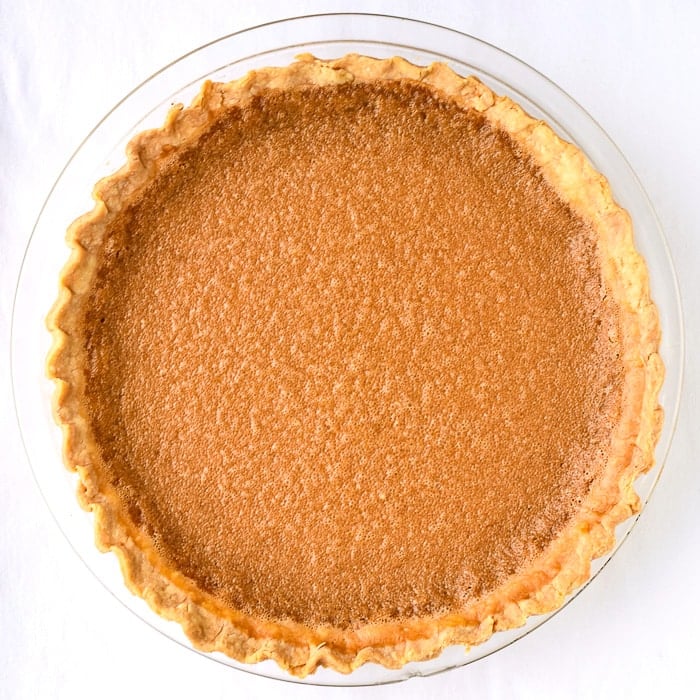 Online research showed that the original recipe came from the Isle of Sheppey in Kent county. I’ve read that it remains popular there despite being lost or relatively forgotten by much of the rest of the country.

The origin legend of Gypsy Tart, most often centers around a woman who wanted to feed something to hungry traveller children. Another version has the woman herself  being a gypsy and the original baker, using common ingredients which she had on hand.

With no definitive proof, you can, like I often do, take those origin stories with a grain of salt. Perhaps nobody really knows for sure. 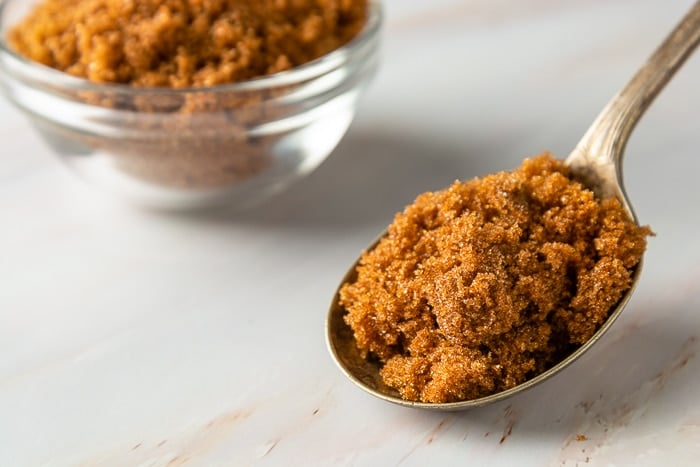 Use Muscovado sugar if you can find it but I used dark brown sugar in this recipe. In my experience the darker the sugar, the deeper the flavour.

Super simple with common ingredients but I have a tweak to make baking success a bit easier.

I did try and make this gypsy tart  a couple of times to experiment. The original recipe calls simple for whipping together muscovado sugar (a type of brown sugar) and plain evaporated milk for up to 20 minutes.

The instructions for several recipes online said mixture is supposed to get foamy, almost to the point of soft peaks. I did have an issue with that but I think I know the reason.

I whipped the sugar and evaporated milk in my Kitchenaid stand mixer for over 20 minutes with no success. It still remained mostly liquid.

When I looked at brands of evaporated milk from the UK versus here in Canada, it seemed pretty clear that they did not have the same milk fat content. The UK versions always seemed to be about a couple of percent higher in fat than their North American counterparts. 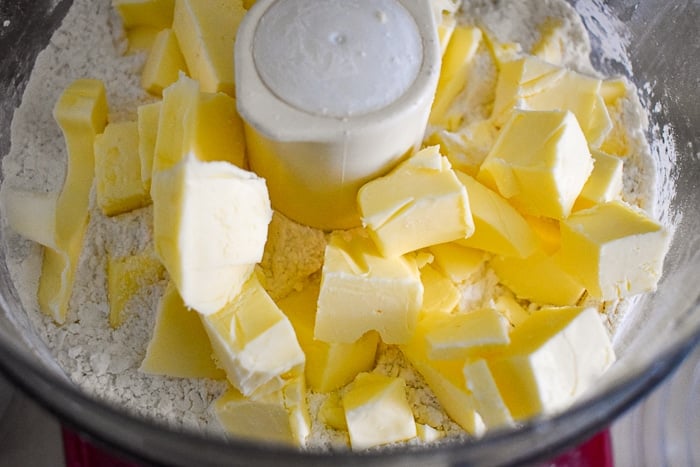 Tweaking the ingredients for Gypsy Tart.

Thinking that was the likely reason, I decided to add some whipping cream into the mix to gauge the result. I also switched to my electric hand mixer to beat the mixture. That’s because I thought that would introduce more air into the mix to make it more foamy.

I never did get to the “almost soft peaks” stage that some recipes described. However, I did get it quite foamy and substantially increased in volume. The extra whipping cream addition and the equipment change did the trick!

The resulting pie filling, after cooling and setting, was creamy smooth and luscious. The flavour reminds me strongly of butterscotch or a caramel tasting dulce de leche. It was utterly delicious!

The recipe is quite rich and sweet, so we served it in very small portions, like you would for ultra rich desserts such as cheesecake or pecan pie.

I shared the resulting Gypsy Tart with a couple of friends, who absolutely raved about it. They could not believe it was such a simple recipe.

I have made a couple of other tweaks, like adding a little salt plus a small splash of vanilla extract. I find vanilla always find elevates any caramel type flavour.

Some intrigued family members are already requesting to sample it, so this may become a new option for Sunday dinner dessert in the  future. It sure does make a satisfying end to a great comfort food meal. 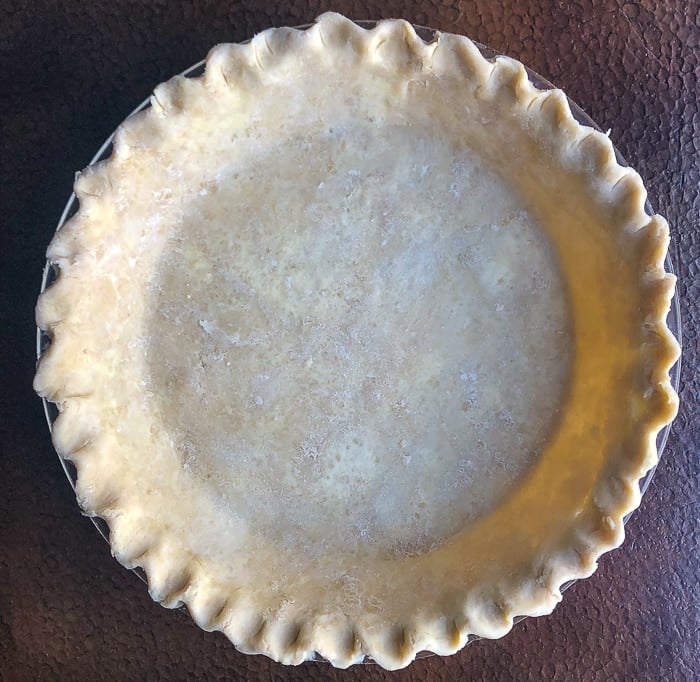 How to blind bake a pastry crust. First, prepare your pastry as directed. 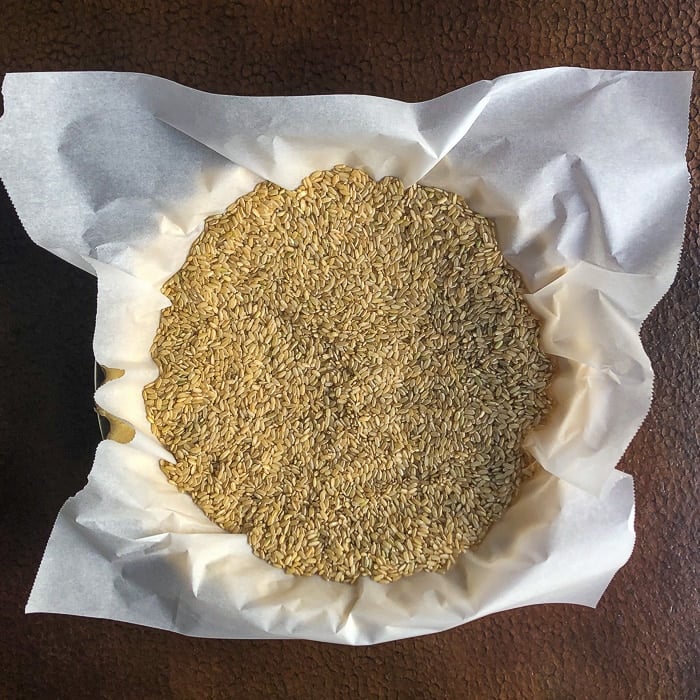 Add a layer of parchment paper and baking weights, like this brown rice, which I use many times over. 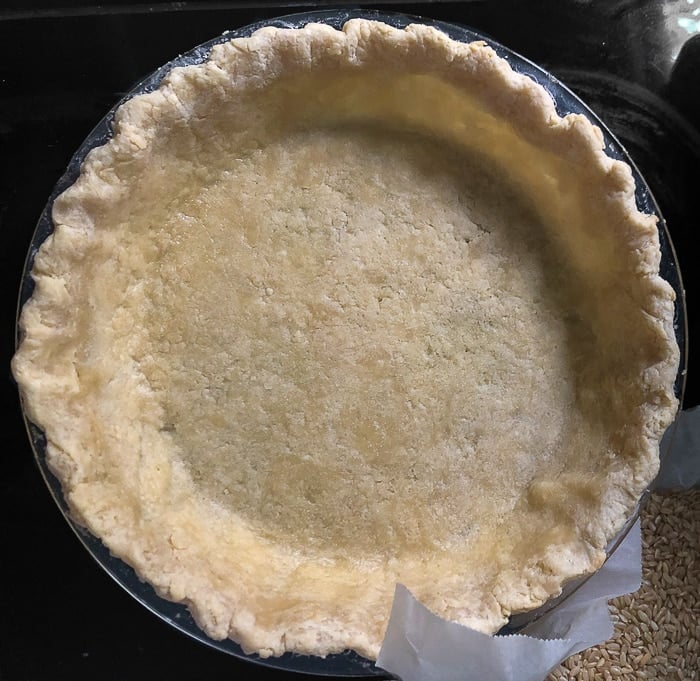 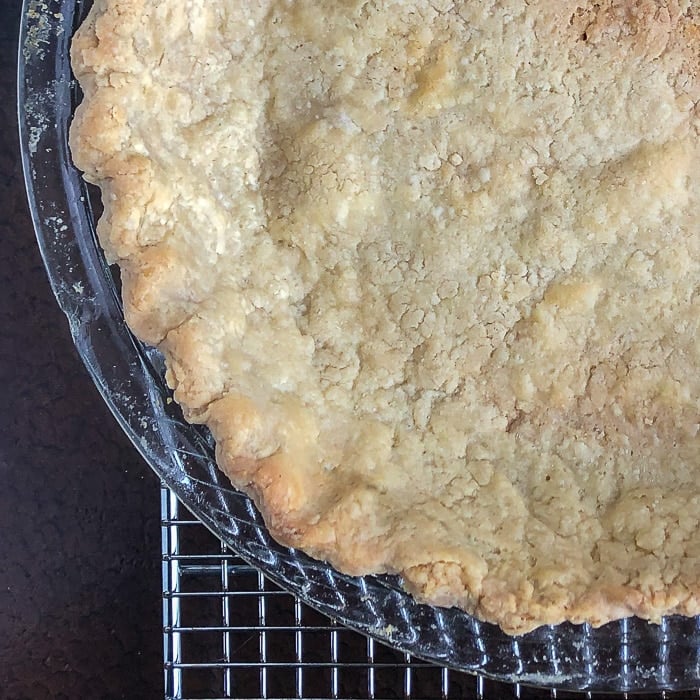 In the UK, Gypsy Tart is almost always made with a sweet shortcrust pastry. However, because the filling is so sweet and rich, I thought that regular unsweetened flaky pastry, like I use in our famous Butter Tarts Recipe, would be a better choice. I saw no reason to add additional sweetness to the crust.

That being said, there’s no reason not to use a shortcrust pastry if you prefer. Many bakers find that pastry easier and more forgiving, so that’s a good enough reason to use it too.

You can find my recipe for Sweet Shortcrust Pastry here. 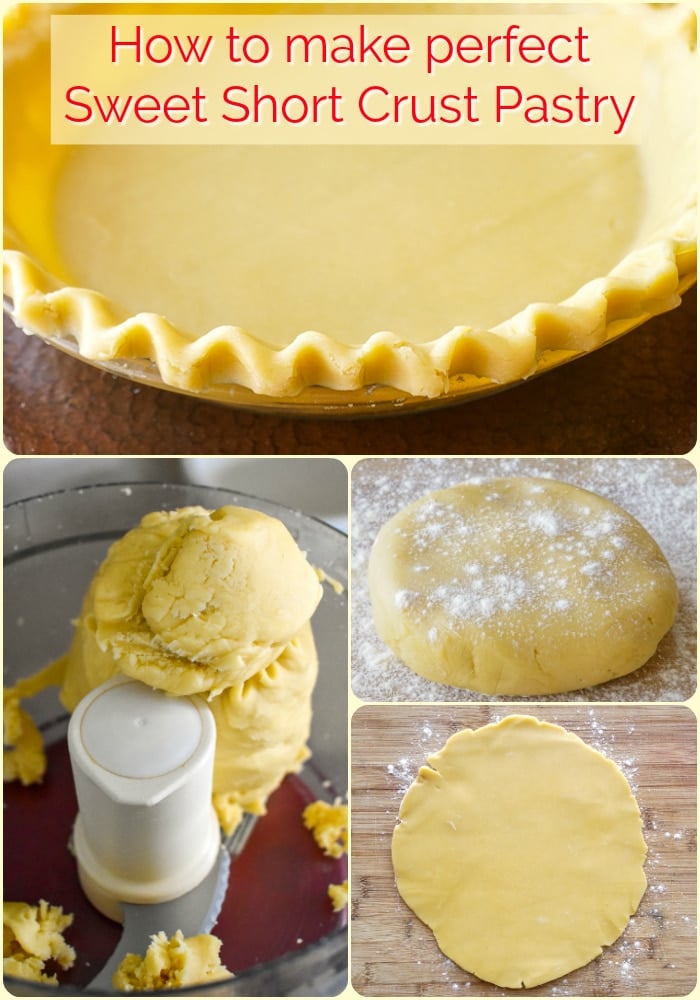 If you are a big pie lover like me, be sure to check our collection of Rock Recipes Best Pies. 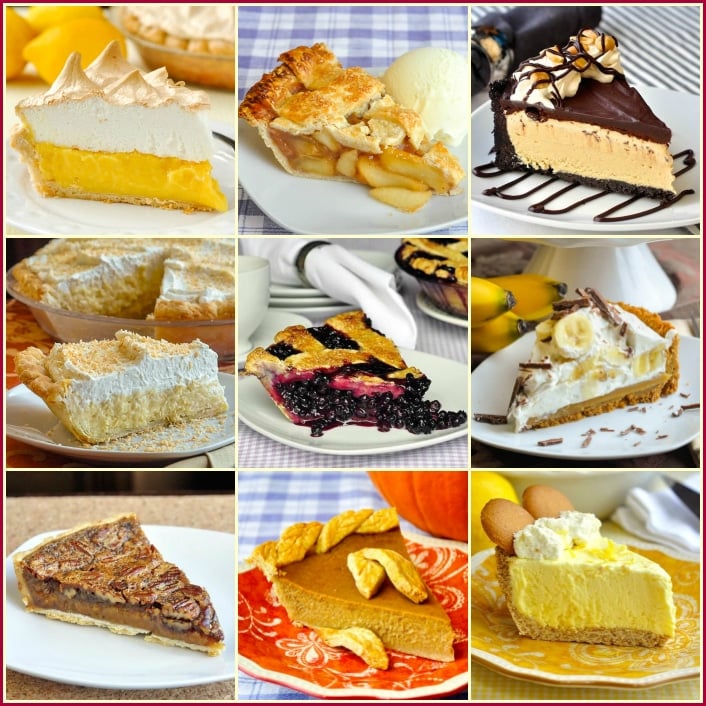 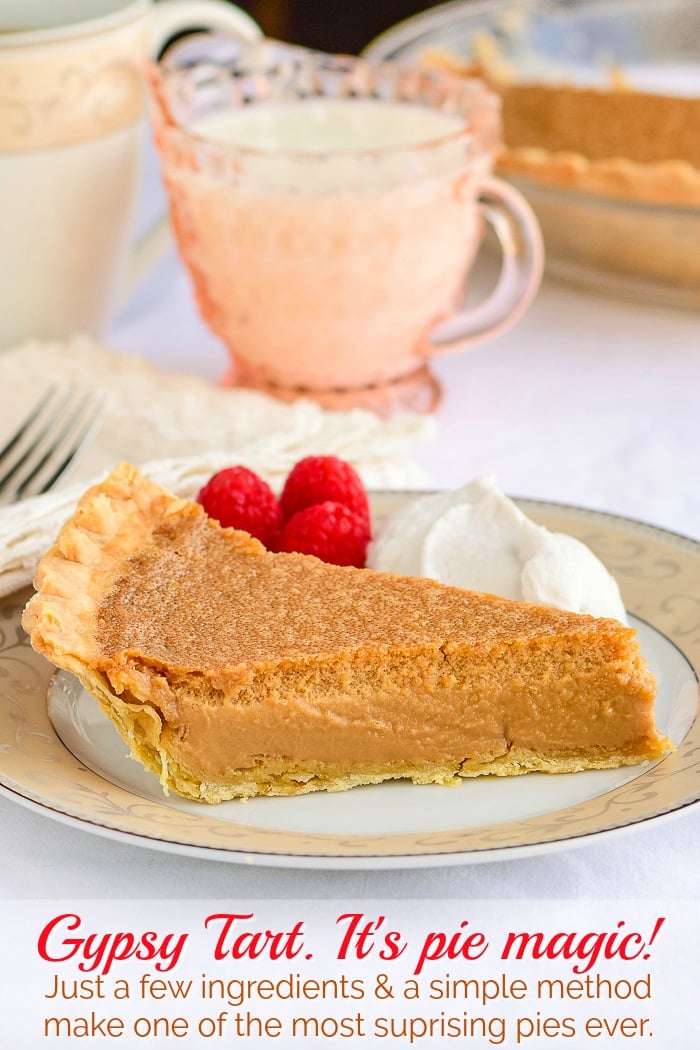 Rock Recipes a participant in the Amazon Services LLC Associates Program, an affiliate advertising program designed to provide a means for us to earn fees by linking to Amazon.com and affiliated sites. Our product recommendations are almost exclusively for those we currently use or have used in the past.
Visit my Amazon Store for my favourite kitchen gadgets and appliances, plus recommendations from my personal cookbook collection.
Continue to Content
Prep Time: 25 minutes
Cook Time: 50 minutes
Additional Time: 8 hours
Total Time: 9 hours 15 minutes

Note
I strongly suggest you read the entire post before trying this tart. There is information about how I tweaked this recipe, that will help you be successful in baking it.

To prepare the pastry

To prepare the the filling

I am also asking about beating the milk for 20-25 minutes? And thank you I love your recipe’s

Is it a typo or do you really beat the milk/cream for 20-25 minutes?

Try putting the can of Carnation in the fridge before whipping it, it foams beautifully when mixed cold. I often blender carnation with some fruit for a lovely mousse type treat, it will more than likely work with the sugar as well.